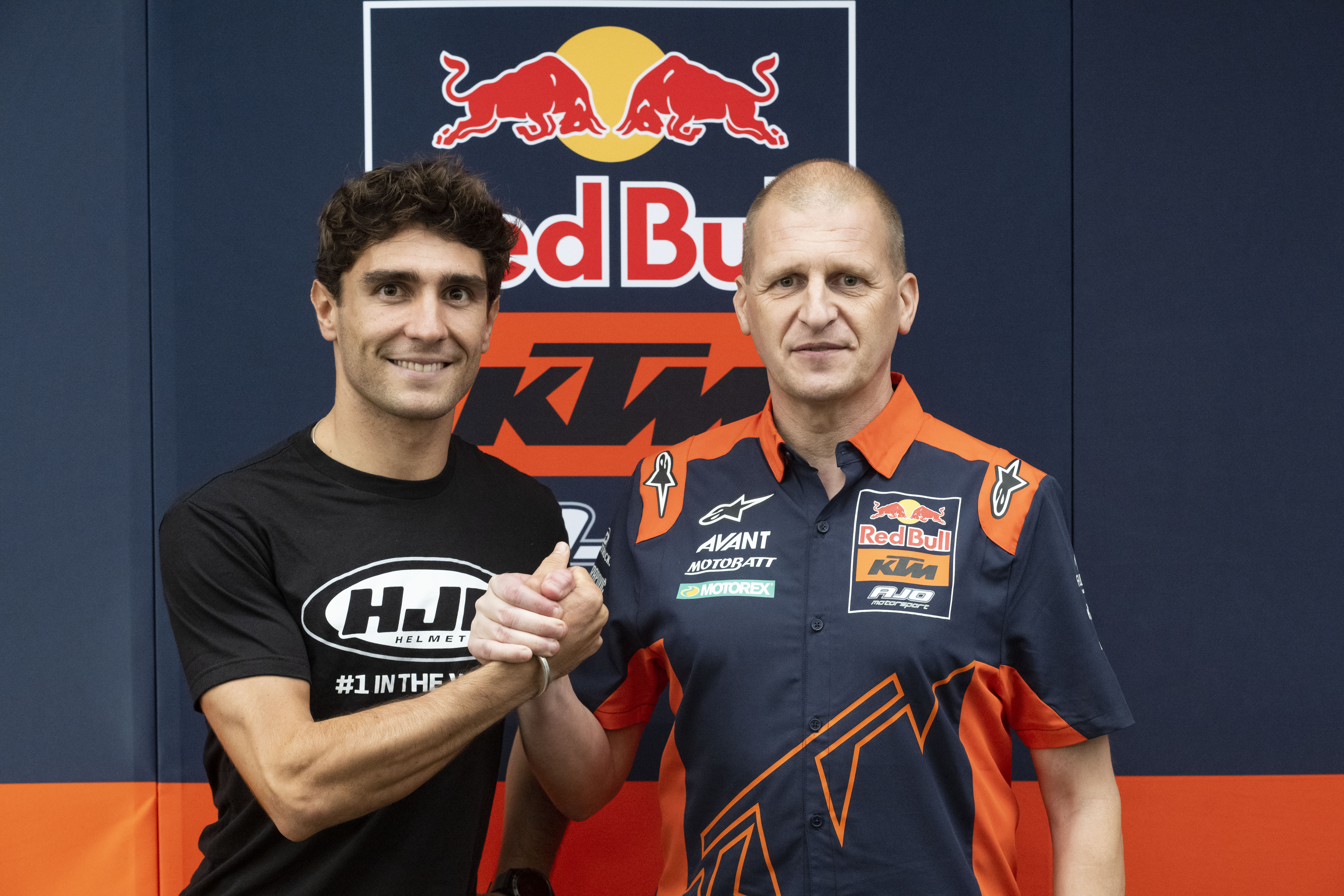 Red Bull KTM Ajo are proud to announce their Moto2 rider lineup for next season. Pedro Acosta will continue for another year, after his debut in the class in 2022. Alongside him, Albert Arenas joins the team for his third year in Moto2.

Albert Arenas arrives at Red Bull KTM Ajo with more than a hundred Grands Prix to his name. After becoming Moto3 World Champion in 2020, he made the step up to Moto2 in 2021 and next season will contest his third year in the category. At 25 years old, Arenas aspires to achieve the best results possible in the 2023 season.

Pedro Acosta will be a Red Bull KTM Ajo rider for the third consecutive year. The Moto3 World Champion in his rookie year in 2021, the 2020 Red Bull Rookies Cup champion will participate in his second season in Moto2 next year. At 18 years old, Acosta continues to demonstrate his quality and progress and so far, this season he has two victories, a podium and a pole position to his name.

With this lineup, Red Bull KTM Ajo bring together two young but experienced riders, with the aim of developing their talent and achieving success.

AKI AJO – TEAM MANAGER:
“With the final stretch of the season underway, we are very happy with the results that our riders are having, but it is time to announce the riders who will compete for Red Bull KTM Ajo next season. We are very happy to have two strong riders in Albert Arenas and Pedro Acosta. It is a great combination of talent and youth, with which we will have a wonderful opportunity to maintain the level we have shown so far in Moto2. Pedro is a Moto3 World Champion and has shown this year that he has the ability to win and adapt quickly, despite the fact that he has only been in the World Championship for two years. I’m sure that next year he goes one step further and we are happy that he already understood that a rider’s professional career is not built in a year, but rather step by step while enjoying the process. We have seen that Albert Arenas is a rider who always rises to the top in each class. He is getting closer to the front in Moto2 and we are confident that we can get there together next year as Albert has already shown that he is really hardworking and a guy who always raise his targets”.

ALBERT ARENAS – RIDER:
“I’m very happy and excited to be joining Red Bull KTM Ajo next season. I know what it means to be part of this project and I think we share the same values. My DNA is the same as that of this team. I want to thank Aki Ajo, KTM and Red Bull for the trust they had in me to make this possible. Now it is time to focus on the remaining races of this season, continue to grow and be ready for what is to come in 2023.”

PEDRO ACOSTA – RIDER:
“I am happy to be continuing with Red Bull KTM Ajo. It will be our third year together and that has created a confidence that lays an important foundation for 2023. This year we are preparing well for the next season. We have made mistakes, but at the same time we are learning a lot from them. That’s what counts and I think 2023 can be a good year for the team.”