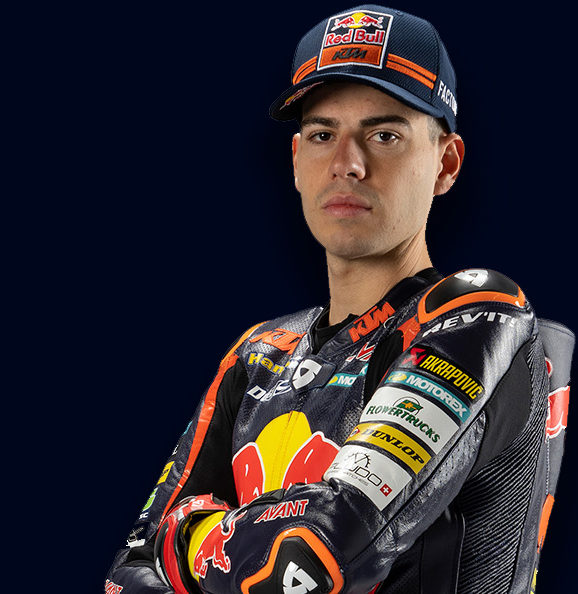 Augusto Fernandez was born on August 23rd, 1997 in Madrid, although he currently resides in Palma de Mallorca. A love of motorcycle racing runs in his family, and he showed his interest in the sport at an early age. When he was six years old, his father bought him his first motocross bike.

At the age of eight, Fernandez began training at the Chicho Lorenzo school in Mallorca. He competed in national championships until making the move to the European Junior Cup in 2013, with a Honda CBR 500R. He would finish runner-up in the series. The following year, he would win the competition.

In 2015, Fernandez moved to the Superstock 600 European Championship, becoming ‘Rookie of the Year’. The next season, 2016, this category disappeared and he had to ‘downgrade’ to the Spanish STK 600 series, which he would end up winning. Alongside this, he started competing in the FIM CEV Moto2 European Championship.

It was in 2017 that the young talent made his debut in the Motorcycle World Championship, in the Moto2 class, contesting the Italian Grand Prix. From there, he stepped in as a substitute for another rider and would end up contesting the last thirteen races of the year.

In 2018, Fernandez returned to the FIM CEV Moto2 European Championship but, halfway through the season, was called up again for the Moto2 World Championship -beginning at the Catalan Grand Prix and completing the remainder of the season.

2019 was his first full season in the World Championship, and he finished fifth in the overall standings after earning two podiums and three victories. The 2020 campaign was one of his most difficult, blighted by injuries.

Fernandez entered the 2021 season wanting to make amends, and he did so by achieving six podium finishes and contributing several other great performances in races and in practice. In 2022, the Spaniard joins Red Bull KTM Ajo, with whom he hopes to continue progressing and achieving successful results.