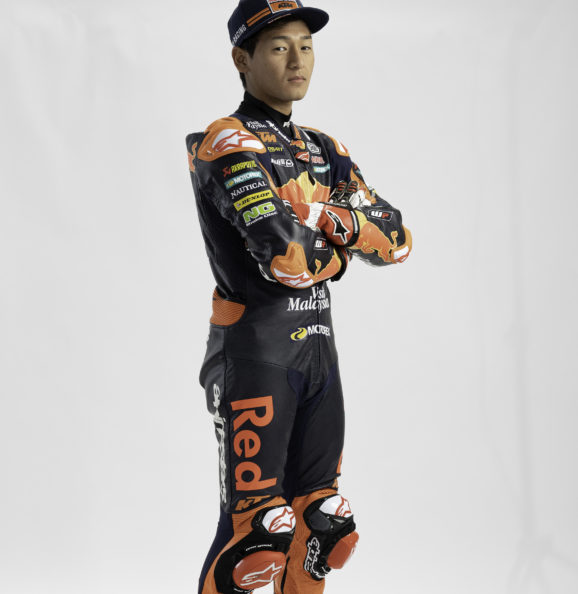 Born in 2000 in Fukuoka (Japan), Kaito Toba started his motorcycle racing career at the age of eight, competing in mini-racing. From 2008 to 2011, the Japanese talent participated in national championships in Japan.

He made her international debut in 2014 when, at the age of only 14, he was proclaimed champion of the first ever Asia Talent Cup season, a competition created to seek out new Asian talent. This result opened the door for the Japanese youngster to participate in the European Championships.

Debuting in the Moto3 category at just 16 years old, Toba’s performances have been improving with every season and, finally, he claimed a first Grand Prix victory at the 2019 Qatar GP. This made him the first Japanese rider to win in the lower cylinder class since 2007.

In 2020, he continues with Red Bull KTM Ajo in the Moto3 World Championship. The Japanese will try to continue demonstrating the talent on display in previous seasons.