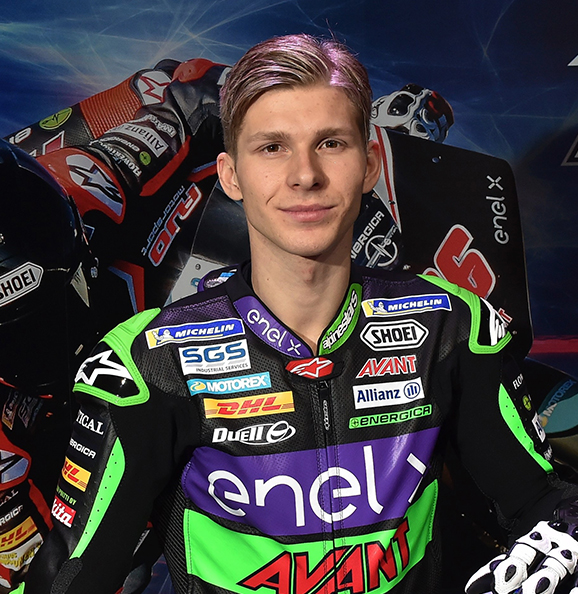 Niki Tuuli was born in Imatra, Finland, on October 26, 1995. His passion for motorcycle racing was inherited from his father, who was the first Finn to compete in a SuperSport race. Tuuli’s first experience with the world of two wheels would not take long in coming: By 2004 the young Finn was already riding a minibike in his native country.

In 2012, Tuuli won the IDM Yamaha R6 Cup title on a 600cc bike. The following year he moved up to the SuperStock 600 European Championship, where throughout three seasons he claimed a total of five podiums and one victory, obtaining a best overall placing of fourth in 2014.

His career was put on the backburner in 2016, following the demise of the European SuperStock 600 Championship and his needing to undertake military service in Finland. However, that same season he managed to win the Finnish Championship. At the end of the year, Tuuli also had the opportunity to participate as a wildcard in three World Supersport races: He rode at rounds in Lausitzring, Magny-Cours and Jerez, finishing second in all three.

In 2017 he made a permanent move to the World SuperSport series, riding a Yamaha. That same year, Tuuli claimed two podiums and a victory in Magny-Cours, concluding the season in seventh place.

Next season, he switched to a Honda, maintaining his good results. However, in the middle of the season the PETRONAS Sprinta Racing would give the Finn the chance to make his debut in the Moto2 World Championship, from the French Grand Prix onwards.

In 2019, Niki made history with the Ajo MotoE Team, winning the first race ever FIM MotoE World Cup race. Together they demonstrated a great adaptation to the championship, but misfortune caused Tuuli to have a crash in the third round of the season which prevented him from finishing the campaign.

This year, the Avant Ajo MotoE team and their Finnish rider will again fight for the title. Both will try to solidify the good work started last season and continue to claim good results in the electric series.