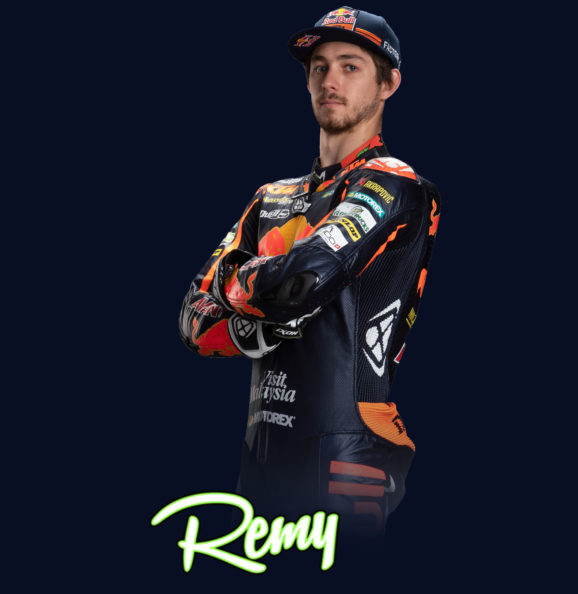 Remy Gardner was born in Sydney, Australia on February 24th, 1998. His passion for two wheels came about at an early age, given the family’s tradition and ties to racing. At just four years old, he got on a motorcycle for the first time. The Australian talent trained motocross and enduro, and in 2008 he went to a circuit for the first time to race.

In 2010, Gardner made the move to road bikes and won the MRRDA Nippers Championship. The following season he travelled to Spain, where he participated in the Pre-GP Moto3 class as part of the Mediterranean Championship. Two years later, in 2013, the Australian youngster debuted in the FIM CEV in the FIM Moto3 Junior World Championship.

Good performances in the FIM CEV led Remy Gardner to make his debut in the Motorcycle World Championship in the Moto3 class in 2014, participating at three Grands Prix. The next season he was given a full-time role in the series, taking a best finish of 10th place at his home race at Phillip Island.

At the age of 18 he made the move up to Moto2 for the 2016 season. Since then, the Australian star has raced for five consecutive years in the intermediate class, making progress every Grand Prix. 2020 saw him finish sixth overall.

In 2019, Remy Gardner earned his first podium with second at the Argentine GP, whilst last year he won his first race at the Portuguese Grand Prix, which was accompanied by a further three rostrums at other rounds.

For 2021 the Australian rider joins Red Bull KTM Ajo Moto2, with almost 100 Grands Prix under his belt at just 22 years old. Remy Gardner takes another step forward in his career, with the aspiration of becoming World Champion.