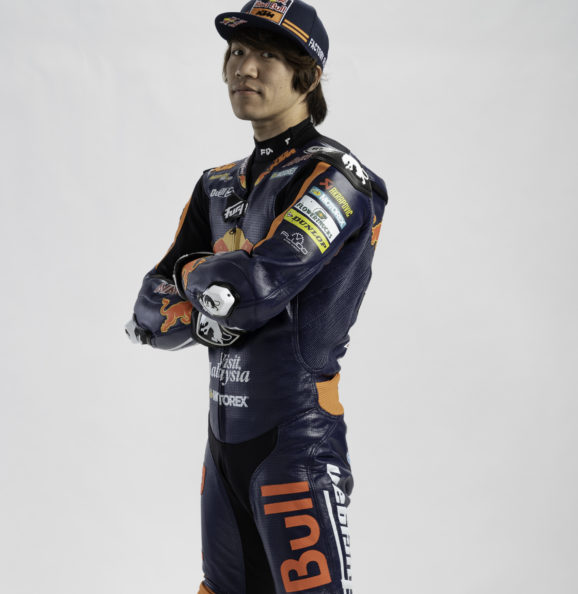 Tetsuta Nagashima was born in 1992 in Kanagawa, Japan. At 19 years old, he was proclaimed champion of the GP-Mono class in the All Japan Road Race Championship. This triumph would serve as a springboard to make the move to the European Championship.

In 2013, Nagashima debuted in the Moto2 World Championship thanks to a wildcard appearance at the Japanese Grand Prix, completing a hard-work weekend. That year he also participated in the J-GP2 class of the All Japan Road Race Championship, obtaining sixth place overall.

The following season, the Japanese talent took part in his first full season as a World Championship rider, in Moto2. Unfortunately, an injury suffered at the British Grand Prix prevented him from participating in the final rounds.

Tetsuta competed in the FIM Moto2 European Championship class in 2015, with two podiums and seventh in the overall standings. The following year, with Ajo Motorsport, he achieved excellent results in that contest: He was on the podium at eight of the nine races, taking victory in Valencia and the series runner-up place.

Nagashima has been a permanent fixture in the Moto2 World Championship since 2017. He was 26th in 2017, 20th in 2018 and 14th in 2019, the season in which he took his first pole position at the Austrian Grand Prix and finished several races in the Top 5.

In 2020, the Japanese rider joins the Red Bull KTM Ajo project, bringing his lengthy experience in the Moto2 class to a team that he already knows from his time in the FIM CEV.